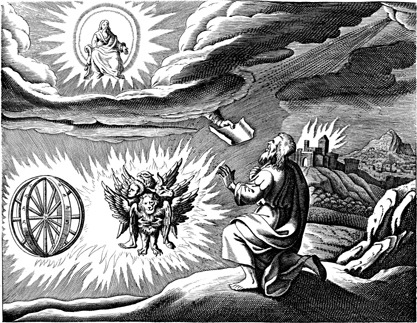 Merkabah/Merkavah mysticism (or Chariot mysticism) is a school of early Jewish mysticism, c. 100 BCE – 1000 CE, centered on visions such as those found in the Book of Ezekielchapter 1, or in the hekhalot (“palaces”) literature, concerning stories of ascents to the heavenly palaces and the Throne of God. The main corpus of the Merkabah literature was composed in Israel in the period 200–700 CE, although later references to the Chariot tradition can also be found in the literature of the Chassidei Ashkenaz in the Middle Ages.